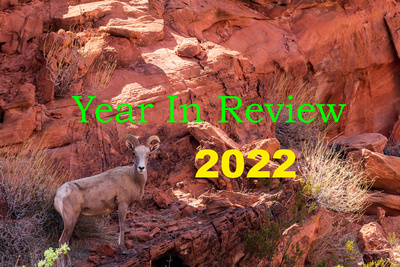 Hey Everyone! Hope you're doing great! This week I want to look back at my photography of 2022 . It has been a big year for me.  I have traveled more than I usually do and have got some great photo's. I have taken two photography trips that included a plane ride which I haven't been on a plane in a long time. I did a lot of it with my Photography Wingman Robert and we have some trips in the future planned as well. So I'll go through the trips in order as they were taken.

New Years day shoot at Mount Mitchell NC the highest point east of the Mississippi. Robert and I had

planned this one well in advance and drove to the mountains and shot the sun coming up on the first day of the new year. We also got to witness a young couple get engaged while we were there which was cool. We got some great shots on the way down from the mountain. It was a great start to the new year. 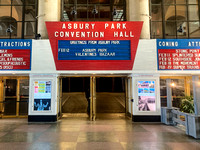 New Jersey. Our next road trip was to New Jersey where Robert had some family that we were going to stay with. I had never been to New Jersey before so this was all new to me. We drove and stayed at Norfolk the first night went to the ship yards and the next day went to the Naval Museum we had the place to ourselves and it was awesome. We then drove to stay with friends of Robert and had a nice visit there. Then it was off to Jersey and Asbury Park where the likes of Bruce Springsteen and Bon Jovi got their start. We got to see lots of cool places but it was COLD. On the way back we stopped in DC at the Iwo Jima war memorial to take some photo's. Great trip!

been there but it was Nice .  We had good food and fellowship.

Pawleys Island.  Now this wasn't much of a photography trip it was my 40th anniversary but I always have my camera with me so I got some shots and we stopped at Myrtle Beach State park while we were there and may go back in the future. 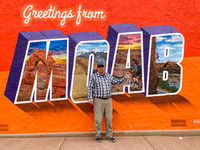 Utah Road Trip.  This was by far the most epic of my trips this year. Robert (Wingman) and I flew to Las Vegas got a rental and embarked on a 1600mile road trip which took us through Utah's Mighty 5. Zion, Bryce Canyon, Canyon lands, Capital Reef and Arches. We stayed in 5 different hotels and traveled through Nevada, Arizona, Utah , Colorado and New Mexico. We visited state parks in Nevada and Utah and Mesa Verde National Park in Colorado. We

ended up staying in Taos NM and flew out of Albuquerque after going to the top of Sandia Peak which is over 10000 feet high. It was a overwhelming trip and we could have stayed a week or two at each of the places we went to. It was a whirlwind trip.

Shenandoah National Park.  My wife and I took our little teardrop

trailer to the Shenandoah National Park to camp for a long weekend. It was crowded but very nice. Even though we were in a big campground we were secluded .  The deer would come right up to within 10 feet of you before they would scurry off. We drove up and down skyline drive stopping at different outlooks. Got a few good shots but really had a good time just camping.

Boston. We took a long weekend and flew to Boston. There were 6 of us that went Me and Robert, Anita

and Caitlin, Roberts son and Eric Caitlins friend. We had a Air B&B at Revere Beach. We used public transportation (Subway's/Trains) to travel around and took one or two UBERS.  Seeing the Sites of Boston was pretty neat. We traveled along the Boston Freedom Trail that takes you to a lot of the historic sites. We had good food and a good time was had by all.

GAPC Fall Colors Trip. This is usually my big trip of the year. But not this year. But its still a big trip.  We went to an Air B&B in Wintergreen Ski Resort for our home base. From there we went to West Va, The Blue Ridge Parkway, Richmond and other local places. Good food was always had at local restaurants

and lots of good photo's and fun was had by all. I think we had 7 of us all together.

moment trip that Robert and me took to Goose Creek State Park in North Carolina to shoot the night stars and Sunrise. Robert got much better photo's than I did but I had a blast camping in a tent again.

These were the major trips of the year but there was some smaller trips (day trips) That we took to Raleigh, Greensboro, Wilmington, New bern, and Edenton. So this was a busy year for me travel wise and photography wise. I hope I can keep it up next year. I plan on taking some more camping type of trips to places next year as well.  Considering all of the places I went this year and how far I traveled I really didn't spend that much for the fun I had. The money/ fun ratio was good.  What did you do this year? And have you started planning for next year? Start planning until next week get out and Shoot!