What Digital Photography Has Given Us 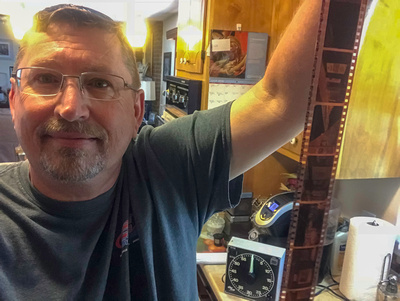 Hey Everyone! Hope everyone is doing fine this week.  Today I want to get on a soap box a little and  Reminiscing of film days gone by.  I was listening to a podcast that had a National Geographic photographer with almost 40 years experience as a guest.  I really enjoyed listening to him talk and he brought up some differences between now and then.  As a younger teenager when I started photography I dreamed of being a top photographer working for National Geographic or Look or Life magazines.  How glamorous it looked when you look at the works of famous photographers during the depression taking photo's of life in the US back then just to document it.  How their camera's were mechanical wonder machines with precision workings inside. How the black and white photo's they took were sharp and clear and made time stand still.  But some things I had forgot.  How the film had limits to them and you could only do so much with the low ISO or back then ASA film. Like you could only shoot  1/2 hour before sunrise and 1 1/2 hours after and 1 1/2 hours before sunset and 1/2 hour after.  Everything else was useless grainy shots. Not to mention Night time photography.  If you look back at older issues of National Geographic you'll never see anything shot at night because they couldn't. And how the learning curve for a new photographer to really be able to shoot and produce good prints from film.  Because the learning curve was so long.  Think about it.  You had to

shoot your shot ( in manual of course) then you had to develop your film.  Then you had to enlarge it or at least make a contact sheet and then you could see if your photo was ok.  Its not like now you take a photo and look at the back of your camera and say " oh that was over exposed let me make an adjustment"  Then shoot again and see it.  So now the learning curve is much less than it was back then.  According to the guest it would take one or two years before a young photographer would be good enough to trust to take a shot for a publication.  Now it could take only and couple of months to be as the same level as back then because of the short learning curve. What about quality of work?

When I look at the national archives photo's from the 20's, through the 60's I am astonished on how good some of these photo's are.  They are crisp and sharp with lush blacks and mid tones.  But then I start to think about it could they stand up to a iPhone 12 today?  The guest of this podcast took some photo's that he had taken in the 70's with a Leica camera and put them up against an iPhone and he said that the iPhone beat the Leica in every way but one that's story telling .   Which is done by the photographer not the camera.  The majority of photographs taken today is with our phones.  We are documenting history and don't even know it because it has become a part of our lives.  We shoot food, our pets, our children, events at church almost every aspect of our daily lives are documented with our phones.  Then we put them on the internet like Facebook or Instagram or Twitter.  When they go on the internet they are there forever.  Just yesterday I was looking for a photo to show a co-worker and I ended up finding it by googling myself and looking at the images on a photo sharing site that I don't even use anymore.  What would we know about our parents if they had iPhones back then?  What would we learn about ourselves that we don't know now because it was something that was lost in time?  Professional photographers in the past had to impress a photo editor of a magazine to get published and make money.  Now a days its "likes" and "followers".  The more you have , the more popular you are ,the more people that look at your post the more valuable you are for companies to get you to talk about their products.  People make a living out of being popular on Instagram alone from sponsorships.

So what has digital photography done?  It has brought photography to everyone that owns a phone.  Every time you look at a screen , whether its

Facebook , Instagram, Amazon, whatever its because of digital photography that its happening.  We all have a powerful tool in our hands every day.  And like in the Spider Man Movie " with power comes great responsibility". Sounds kind of crazy doesn't it.  People use their phones for good every day. From taking a photo of some injustice.  Think about the George Forman incident.  All photographed and documented with phones/digital photography.  Or something as innocent as taking the photo of a lost dog and putting it on Facebook so the owner can find it. Digital photography has changed the way we see the world and the way we live in it. Its debatable whether that is good or bad thing that's for you to decide. But as you see it's pretty powerful if you sit and think about it.

Well that's enough soap boxing for today.  Until next week get outside and shoot!