What went right on my Utah trip. 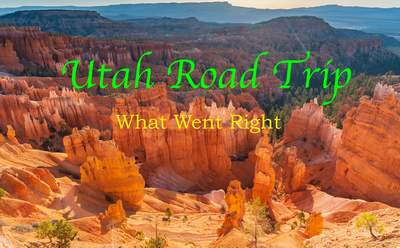 Hey Everyone! How has your week gone?  Me? I'm still reeling from my trip to Utah. And don't worry I'll bore you with all of the details of each park soon.  This week though I wanted to tell you about the things that went right with the trip.  Now there was lots of planning and we had a lot of things that went right much more than went wrong.  Its like that saying the harder I work the luckier I get.  We worked hard on preparation before the trip to make sure we had things covered.  So here goes some stuff that went well because of planning.

1. TSA check in at the Airports.  I have been through the security at airports before but never with a bag full of electronics on my back.  I was prepared to take everything out and put in separate bins along with my shoes and everything in my pockets.  I had even bought a belt that had no metal in it so I wouldn't have to take it off. (Nothing funnier than seeing a Fat Man trying to put on a belt in an airport) but the security people told us to keep things in the bags so I really had it made going through security.  But I was glad I was prepared just in case. 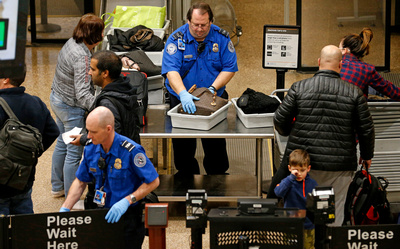 Government Shutdown GenerosityA TSA worker helps passengers at the Salt Lake City International Airport, Wednesday, Jan. 16, 2019, in Salt Lake City. The government shutdown has generated an outpouring of generosity to TSA agents and other federal employees who are working without pay. In Salt Lake City, airport officials treated workers from the TSA, FAA and Customs and Border Protection to a free barbecue lunch as a gesture to keep their spirits up during a difficult time. (AP Photo/Rick Bowmer)

2. Hotels and Booking.  Over all this went well.  Everything was prepaid and check in and out worked flawlessly.  Most of the places we stayed in was much better than I had thought.  I pretty much went with the cheapest and the closest to the parks as I could. I had booked and paid for in advance.  As a matter of fact our whole trip except for food and gas was paid for up front which took out stress of how much things cost.

3. Rental Car/Air Travel.  Rental car went better than planned. I had booked the cheapest an economy car. I was expecting a very small car with no features. When we got to the rental place we got upgraded at no charge and the car was pretty nice. It was a Kia Forte a mid sized sedan and it ran and drove great and got good gas milage which was important as the price of gas has skyrocketed . We picked it up in Vegas and dropped it off in Albuquerque. Like the Hotel stays this was paid for months in advance so no stress about money.  Air Fare was booked and paid for months in advance which turned out good as gas prices went up after we had paid and air fares went up but since we paid months in advance of this it did not effect us. 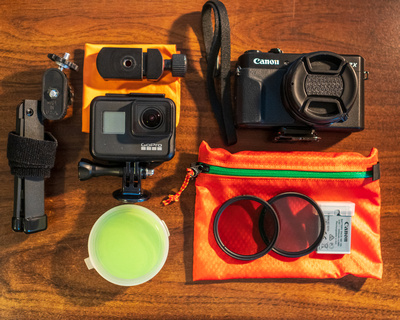 4. Camera Equipment.  My camera Equipment worked great and I didn't have any breakdowns. I did bring an extra body just in case that was never used but I used all of the lenses I brought and was pleased with the performance of an older camera body.  I had no problems with battery power and maybe brought too many batteries. (but better to have and not need than to need and not have).  My tripod held up great even though I think my buddy Robert may have used it more than me.  He had some problems with his but we got it fixed while we were there. GoPro's worked well even though Roberts GoPro didn't always listen to him. (Voice Activation) Camera Gear worked great!

5. Itinerary. We had a pretty incisive and event packed Itinerary.  We completed everything on it!  Which is amazing. On our Itinerary we had maps , photo's , suggested roads to take and even some places to eat.  And we did all of the major stuff on it .  I think we just missed a few places to eat because they were closed when we were there.  We visited 6 National Parks, 3 State Parks and A few towns that we took photos in. The time we took making the itinerary really paid off.

I could list lots of things from how I packed, what clothes I took or how my backup plan worked. But the planning really paid off and we didn't 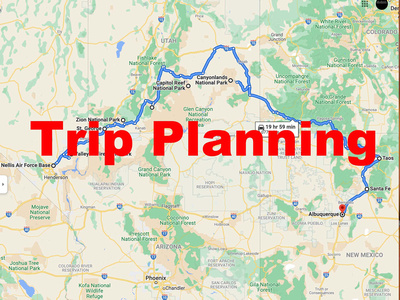 feel like we were following a strict list of things we had to do. We actually had scheduled some afternoons off to take a break and relax and do laundry because we knew we couldn't keep up the  pace we had planned for a week straight. So bottom line we really enjoyed ourselves and that was the whole point of a traveling road trip. Whats next? We have talked of some places but nothing in stone yet. We are at the beginning stage of another adventure. So until next time keep dreaming, keep planning and keep doing!  Get outside and shoot!