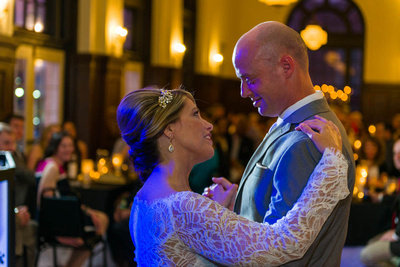 ​Hey everyone!  I know it's been a while, but I have been busy the last month or so.  First, I purchased a small Teardrop camper and then I had a wedding that I was the main photographer in.  I have never been the official photographer at a wedding before.  I have done bridal shoots and shot at receptions, but never the whole thing.  I prepared quite a bit and really worked hard to make sure that it was a great experience for the bride and groom.  A friend from my photography club wanted some experience shooting a wedding, so he asked if he could be my second shooter.  After I got the okay from the bride, he was in.  I met with the bride and groom twice before the big day.  The first meeting was to get to know them and let them know me and see some of my work.  I quoted them a price, and in a couple of days they had decided to hire me. 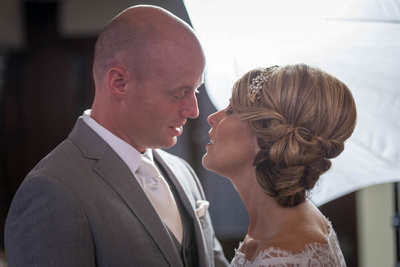 This was about a month or so out, so I had plenty of time to get in the wedding photographer mode.  For me that is a 180-degree turn from the landscape and travel photo guy that I am most of the time.  My second meeting was the night of the rehearsal, and it was great because I got to go through the ceremony twice so I knew where to stand and where to go.  The rehearsal was great for me and took away a lot of pressure and anxiety that I was having, and I got to see everyone that was going to be in the ceremony.  On the day of the wedding, I had a checklist made, and I checked it twice so that when it came time to go I was ready.  We had decided to do the formal shots before the wedding, so I started with the groom.  There was lots of family around, and the bride kicked everyone out so we could get the first look photo which turned out great.  After that I took all of the bride's photos and then started with the family. 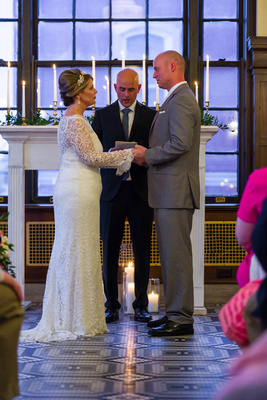 By the time the ceremony began, I was in the groove and it went well.  My partner was taking photos that I wasn't, and we worked very well as a team.  When I was at one end of the hall, he was at the other.  We made a point of not taking the same shots.  We got a lot of photos, but not many duplicates.  When I got home and started looking at the photos, I was very surprised at how good the photos turned out.  I have given the bride and groom a link to look at the photos while they are on their honeymoon, but I haven't gotten a response from them yet.  I can't wait to hear what they have to say.  I created a slide show of the wedding for them and will have a link below so that you can check it out.  The equipment that I used was my faithful Nikon D800, and my primary lens was my 24-70mm f2.8, although I did use a 70-200mm f2.8 and a 85mm f1.8.  For the formal part of the shoot, I used Yongnuo 580II manual flashes with 45 and 43 inch shoot-through umbrellas.  For the rest of the wedding, except for the ceremony, I had a Yongnuo 586 TTL flash on top of my camera.  This was an inside wedding, and at night and I had to bump up the flash compensation 2/3 bouncing off of a fairly tall ceiling.  For the dancing part of the wedding, I used my TTL flash with a manual flash used for backlight that turned out really well.  Things I would have done differently?  I would have synchronized my camera's time and my second shooter's camera time.  It would have made editing somewhat easier.  And maybe a better job on the formals, but overall I was very pleased.  Check out the slideshow! 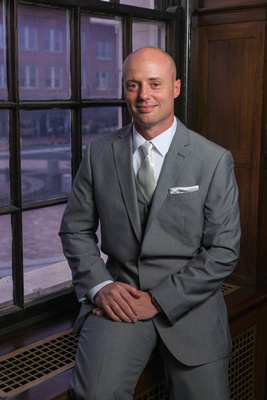 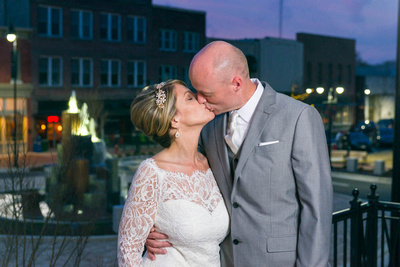