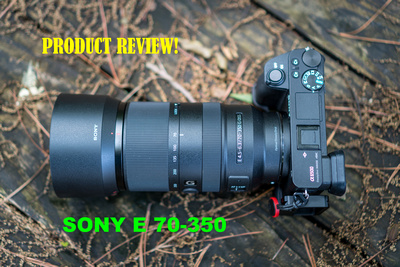 Hey Everyone. I hope everybody is healthy and safe today. Today I want to talk about my newest lens that I got a couple of months ago. It's the Sony 70-350mm f4.5-6.5 G lens, and its effective focal distance as compared to a full frame is 100-525mm. Most of the time, three zoom lenses for landscape and travel photography. This one replaces one I used to carry, a Canon 70-200 f4 L lens.  I used the Canon with an adapter so it would fit my Sony camera. It is a fantastic lens in itself with pin-sharp images and great contrast. I have some great photos with it, but I also lost some photos because of it. With an adapted lens, the focusing becomes slower and not as accurate as it will sometimes "hunt" back and forth before it finds focus.  With an effective full-frame focal range of 100-300mm, it was too short for any wildlife I might happen to come upon unless it was in a controlled environment like a zoo. So I wanted something that would be faster and with a little bit longer reach that wouldn't kill me in the wallet. Sony has some full-frame stuff, but they are more expensive and heavier than crop sensor lenses that are made just for a crop sensor camera like mine. But a little while ago Sony came out with this lens, and I was waiting for the right 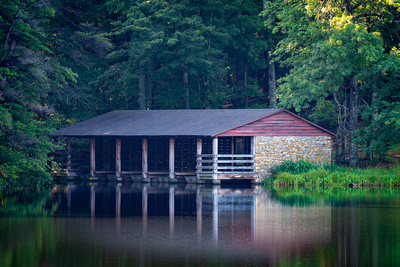 As you can see, it is a "G" series lens which means the build quality is very good. It feels solid in the hand. Sony's highest quality is "G Master," but that is only for lenses for full-frame cameras at the moment. It has built-in image stabilization, so if I'm using it with my Sony A6300 that doesn't have stabilization, it will be stabilized.  And if I'm using it with my Sony A6500 that is stabilized, it will work in conjunction with that camera also. It has an XD linear motor for autofocusing, which is the fastest you can get, and it works well with my Sony A6500 which is a few years old.  However, when I upgrade to a newer body it will be even faster. This lens is smaller, lighter, and has a farther reach than the Canon that I was using. The only maybe negative that it has is the f4.5-6.5 minimum focusing aperture. With cameras that can handle higher ISO's like all of the cameras in the last couple of years, I really don't see this as being a problem with getting enough light in. I have used it for a couple of months and have not lost a shot because of this. 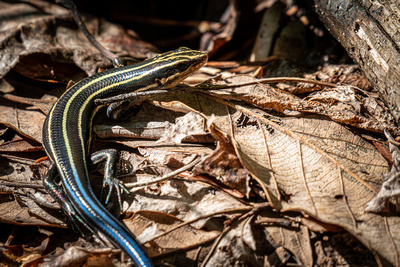 Shooting this lens is a dream. It's lighter weight makes it more manageable than physically larger and heavier lenses, and its reach is about all I can handle or want. It has a lens lock on the side that keeps it from creeping open like some larger lenses do.  Out of the box it doesn't creep at all, but later in life it might. It has three other buttons on it:  a  manual/autofocus switch and a switch to turn on OSS (optical steady shot) or turn it off, and a third button is a focus lock button that I think you can program to do other things also. I really haven't used it yet or seen a use for it, but maybe later I will. I always like the saying, "Better to have and not need than to need and not have."  It also comes with a lens hood.  This lens is sharp and fast focusing, and if you're a Sony crop sensor shooter like me, it's a must-have. I highly recommend this lens.

So until next week please stay safe and get outside and shoot!