What Camera Mode to Shoot In 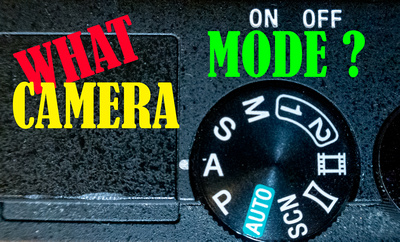 Hey Everyone! I hope today finds you healthy and safe. Today's topic is what camera mode should you shoot in? Let's go back in time a bit. When I started using an SLR (Single Lens Reflex) camera, it was a manual camera that you had to kind of figure out how to shoot. This was before digital so you had to shoot a roll of film, send it off to get developed, and then see what worked and what didn't. You also had to take notes because there was nothing to tell you on the film negative what your settings were. But I learned and became pretty good at getting a properly exposed photo. I shot like this for years. When I finally went digital Technology had flown past me and I had to learn the other modes like aperture priority, shutter priority, and all of the camera settings that you can get now. It is actually overwhelming how many camera modes there are now. But what is right for you? I am a firm believer that you, as a photographer, should know how your camera works. How a photograph is exposed and the exposure triangle. That said, I don't shoot in manual all of the time now, but it is because I know how I can revert back to it when I need it.

So what do I shoot in? Ninety percent of the time I'm shooting in aperture priority. I set the aperture and 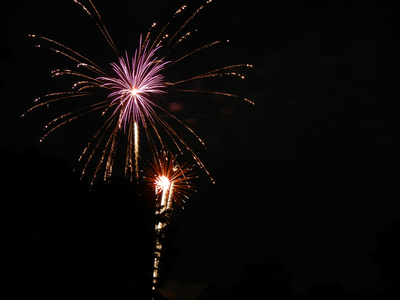 the camera does the rest. I set the depth of field for the shot I want, and I let the camera make the decisions on what my ISO and shutter speed are going to be.  We pay a lot for our cameras and they have powerful computers on board to make decisions to get a properly-exposed photograph. And 80 to 90 percent of the time they get it dead on. It's that other 20 percent that we have to take over and fix what the computer is fooled by. That's why I think when you're a beginner you should shoot in manual all the time until you fully understand what you are doing. Then you can change to one of the other modes on your camera and not worry about what setting you have. You can just shoot and compose your shots. The other 10 percent of the time I'm shooting in manual mode, usually when I'm using a tripod and working slowly and methodically or when I'm using studio lights. Other than that I'm in aperture priority. But that's just me. There are tons of other shooting modes that can be found on almost any camera from a point and shoot to a DSLR. So let's talk about some of these. 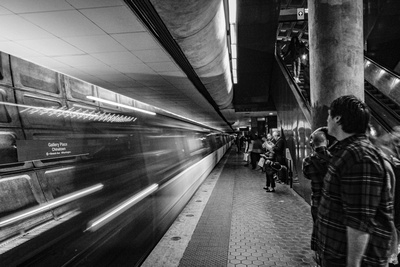 The MetroCommuters waiting for the Metro in Washington DC.

Shutter priority is when you set your shutter speed and let your camera make all of the other decisions like aperture and ISO.  This mode would be good to use if you're trying to show motion, like a car passing by and blurring out. Or just the opposite, it could be set really high so you don't get the blur, maybe for shooting flying birds. Now shooting in manual, aperture priority, or shutter priority you still shoot in raw, but most of the other modes your camera puts you into shooting JPEGs. So you might want to take that into consideration before you use them. But some of them are great. For instance, fireworks, soft focus, underwater, background de-focus, water painting effect, fish eye effect, handheld night scene, stars, portrait, panning, panorama, self-portrait. These are just ones I pulled off of my Canon G7XII. They are all self-explanatory, like for shooting fireworks you use the firework mode. For nighttime, you use the hand-held mode. ISO for shooting dark night scenes that are handheld, not on a tripod. Some of these modes will take multiple shots and combine them to give you the best photo. All of these modes are found under the scene setting on my camera and should be under something similar on your camera. So out of all of these, what is the best mode to shoot with? Well, it just depends. It depends on what kind of photographer you are, it depends on what you're shooting, it depends on your experience as a photographer. It just depends on lots of things. But one thing is for sure. You should know the basics first and then experiment with the other ones. So figure out what is best for you and get out there and shoot. So until next time, get out and shoot!